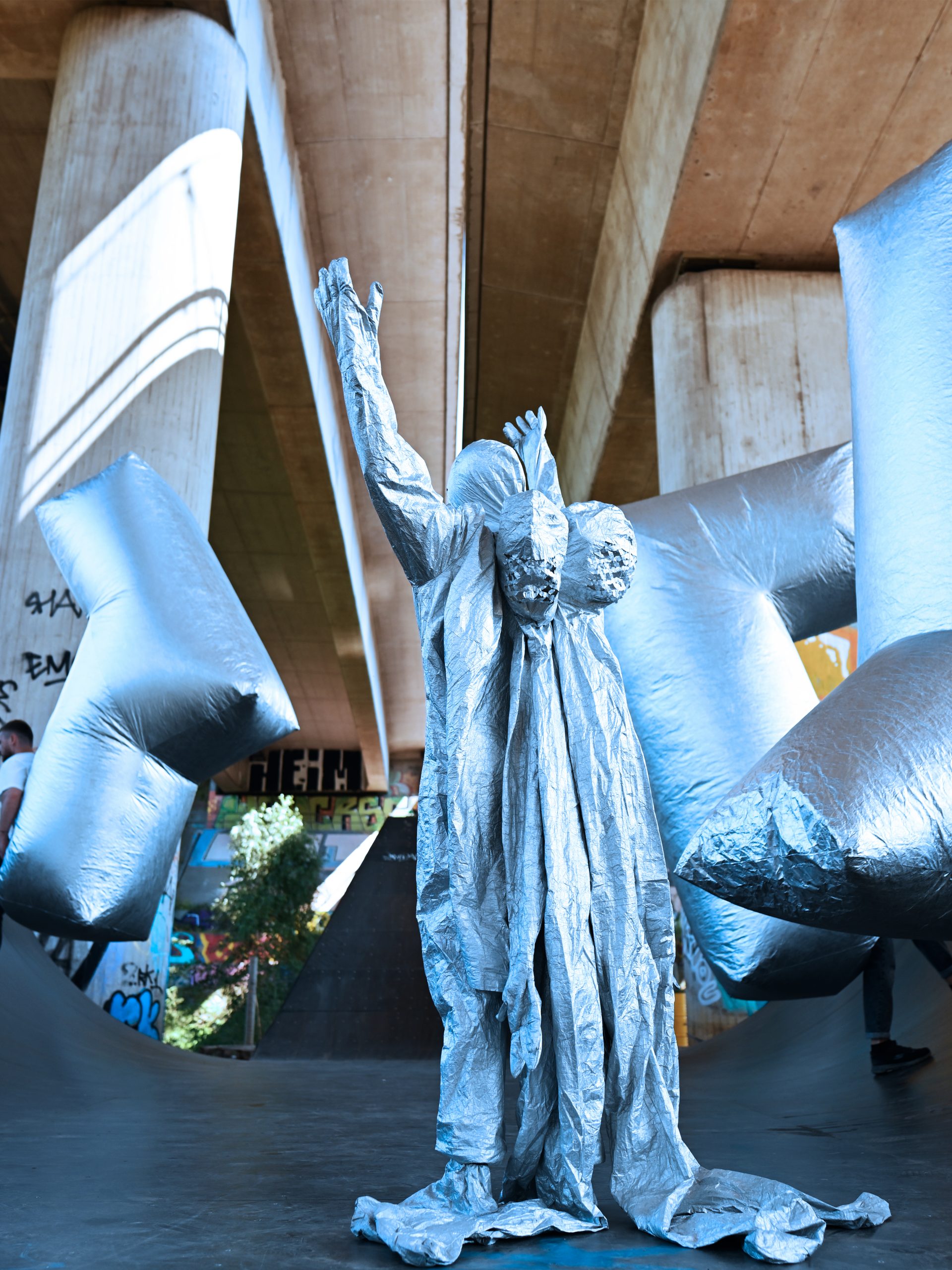 The term Brutalism does not come from the German word brutality. It is based on the French term for raw concrete: béton brut. This is what the world-famous architect Le Corbusier, among others, called the concrete left visible on some of his defining buildings.

In our new site-specific work BRUTOLOGY, we explore the utopian and dystopian potential of brutalist architecture and infrastructure. As distinctive international architecture style after World War II, Brutalism also symbolized the reconstruction of Europe with its dreams of modernism, urban growth, and social justice.

Today, it has long been associated with a sense of disenchantment. Many people perceive its massive buildings of exposed concrete as monotonous, ugly, and unlivable.

Nowadays this style seems strangely substantial, yet its infrastructure permeates our entire society, for concrete is still the most widely used building material. In the age of deconstruction, nonlinearity and digitalization could Brutalism, with its promise of security, even represent a sort of final spirituality, a “Brutology”?

BRUTOLOGY. The built, the unbuilt and the unbuildable 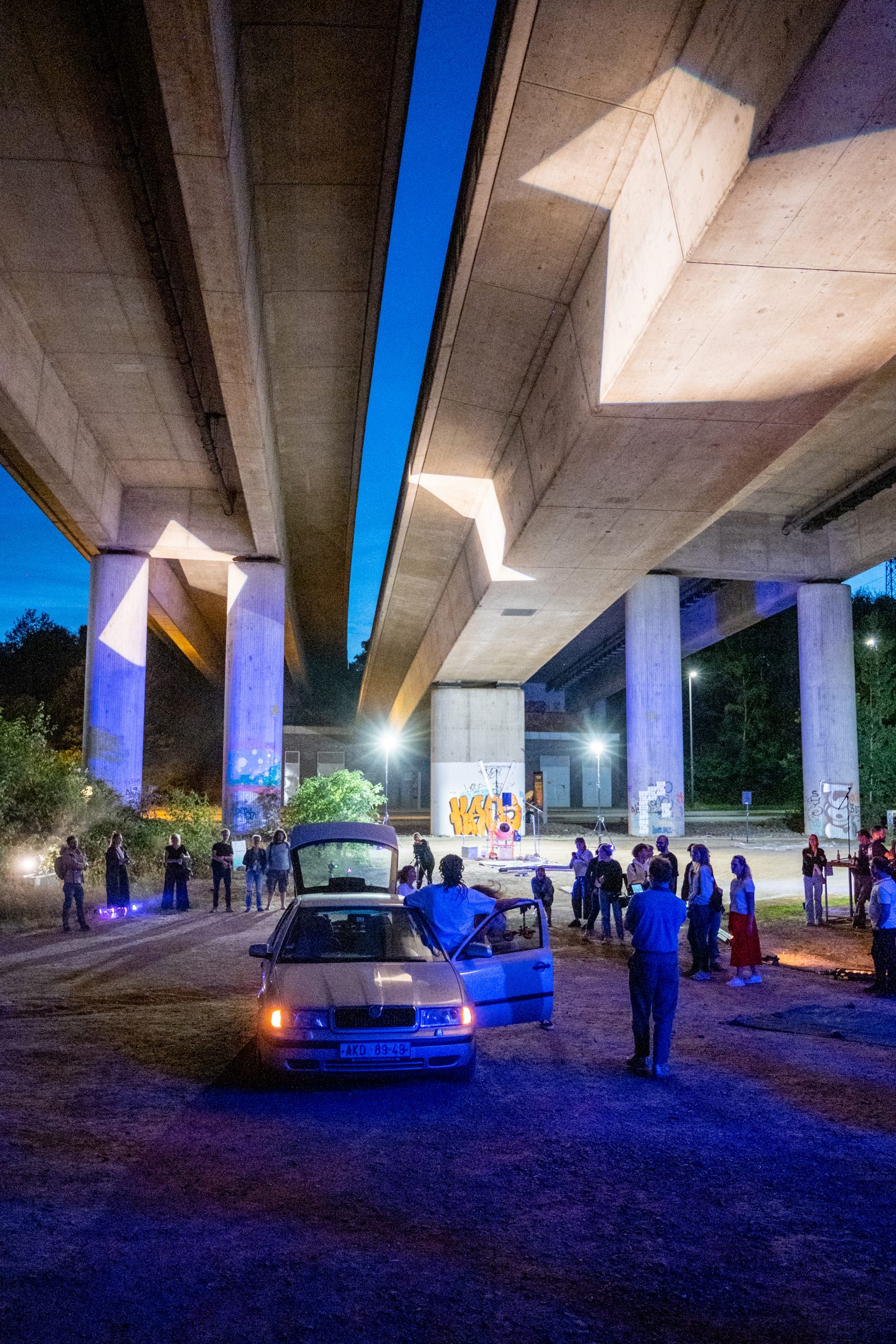 “BRUTOLOGY. The built, the unbuilt and the unbuildable” deals with the intersection of Brutalist infrastructures and their underlying effect on our bodies and society. How does concrete shape our consciousness? In the crossover between concert and rave, we will embark on a quest for traces.

“BRUTOLOGY. A sacred space is never empty” creates a sort of Brutalist church, in which matter is sacrificed and where, on a foundation of concrete, we’ll glorify the spiritual ruins of Brutalist utopia. 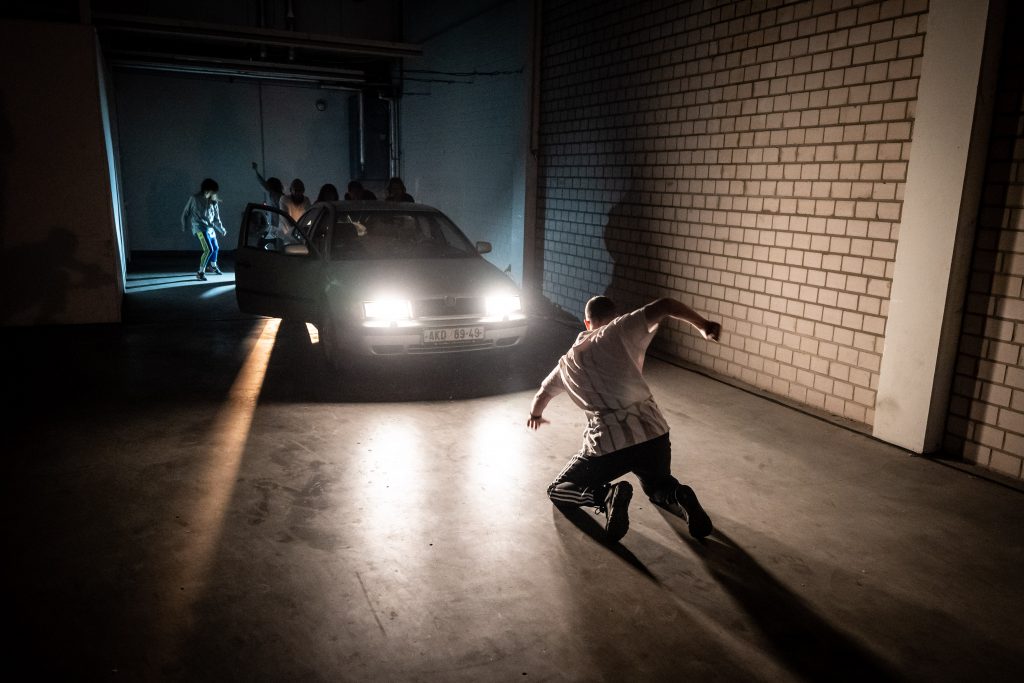 Write us to see the full documentation